Sub-title: This page contains detailed information about cyberpunk 2077  smart weapons and many more about them.

The game Cyberpunk 2077 is full of adventure, fighting, distraction, and violence. and in this situation, players need something to protect themselves & also fight with their enemies.

Smart Weapons in Cyberpunk 2077, are very easy to use with a special feature of ‘Auto targeting System’.

Cyberpunk 2077 smart weapon allows the players to shoot their target perfectly in any situation, removing the old manual aim system.

The bullet of the smart weapon in cyberpunk 2077 does not travel in a straight line. but, the bullet can change its movement to reach the player’s target, this increase the probability of hitting the target.

HOW TO GET SMART LINKS:-

Smart Link is a piece of cyberware, players need to use smart weapons. You can simply purchase the smart links from the Ripperdoc. But, the player needs at least level 14 to purchase one smart link.

After having the smart link, simply equip it in the section of cyberware in your menu. then you can start using cyberpunk 2077 smart weapons.

HOW TO USE SMART WEAPONS

After equipping cyberpunk 2077 smart weapons, you can see the smartlink auto-targeted many enemies.

Now, only you have to pull the trigger then, the smart weapon throws bullets that automatically detect and hit the enemy.

This is how you can use the cyberpunk 2077 smart weapon.

Let’s move on to the list of cyberpunk 2077 smart weapons:-

The Tao G-58 is a smart submachine gun in the cyberpunk 2077. Gian the smart weapon is manufactured by Kang Tao. It is one of the top smart guns available in Night City today.

This smart weapon comes with a 30-round magazine that will not empty too quickly. and the traditional smart submachine gun has a special feature of high fire with low per bullet damage.

It is a very rare type of smart weapon available in Night City therefore you can see it in use among the most powerful people, including the Trauma Team.

Wait.. There are more!!. G-58 has a fully automated reloading system with an ultra-sensitive radar and the top of the line holographic sight makes it shoot the aim ups a breeze.

The DB-4 palica is a smart duo-barreled shotgun, manufactured by Rostovic. The model of this smart shotgun looks like a mini rocket launcher.

You can purchase this smart weapon at just 1600 eurodollars (which is not too expensive) from many weapon shops or vendors in Night City.

Let’s talk about its features. The DB-4 palica has the DPS(Damage per second) of 528 and its damage per shot is 39-48. It is said that if this smart shot-gun made the use of a magazine to hold spare shells then, it can be in a higher position. but, it needs reloading after every shot.

This smart shotgun deals with extra thermal and has a chance of causing burn damage.

The TKI-20 Shingen is said to be the best smart machine gun in the game, excepting its prototype variant. It is manufactured by Arasaka.

Shingen fires in 3-round bursts, mitigating its recoil more than the most submachine gun., it has a DPS of 558, and has a rate of fire of 4.5 shots per second. That can target up to four enemies continuously.

This weapon has the added bonus of physical and bleeding damage, as well as an increased chance to land a critical hit. TKI-20 Comes with the four mod slots, which makes it so powerful and easy to use that players can easily win their fight.

Its model is very interesting because many things & technical features fit into such a small body.

The ba xing Chong or L-69 Zhuo is a smart shotgun manufactured by Kang Tao with a counted magazine of four shells.

The L-69 smart shotgun can shoot on to eight targets at once and fire continuously. It has a DPS of 526. But, the Ba xing Chong has a DPS of 706, this makes the L-69 a great choice for large groups of enemies.

Targeting eight enemies together can give the least damage but, targeting one enemy at a time can cause massive damage. That is not all, The L-69 has an ultra-sensitive radar system for identifying targets automatically. This whole thing makes L-69 one of the cyberpunk 2077 smart weapons.

The Tsunami Ashura is the only smart sniper rifle created by the Tsunami defense system in the game. Sniper rifles are the one-shot kill type of weapon.

The Ashura is a very powerful sniper Riffle having a highly sensitive targeting device with scanning software fitting in it.

This smart weapon has a DPS of 851, which makes it uncomfortable to shoot in the lower & medium areas. But, due to the weapons integrated system, it is not possible to install a scope or a muzzle in it.

The D5 sidewinder is a smart assault rifle in the game manufactured by Nakota. This smart rifle has a 30-round magazine and has a base fire rate of 6 rounds per second which is equipped with a non-interchangeable sight.

But the problem with the sidewinder is in its damage output. It is said that even the worst of the power assault rifles does twice the damage per shot as this weapon.

It is a great cyberpunk 2077 smart weapon but, sometimes it is better to use a more conventional weapon and just go get good at aiming.

I hope, this post helps you a lot in knowing about smart weapons in cyberpunk 2077.

Follow this page for more of this type of information. 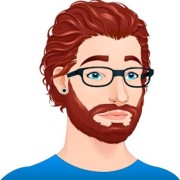